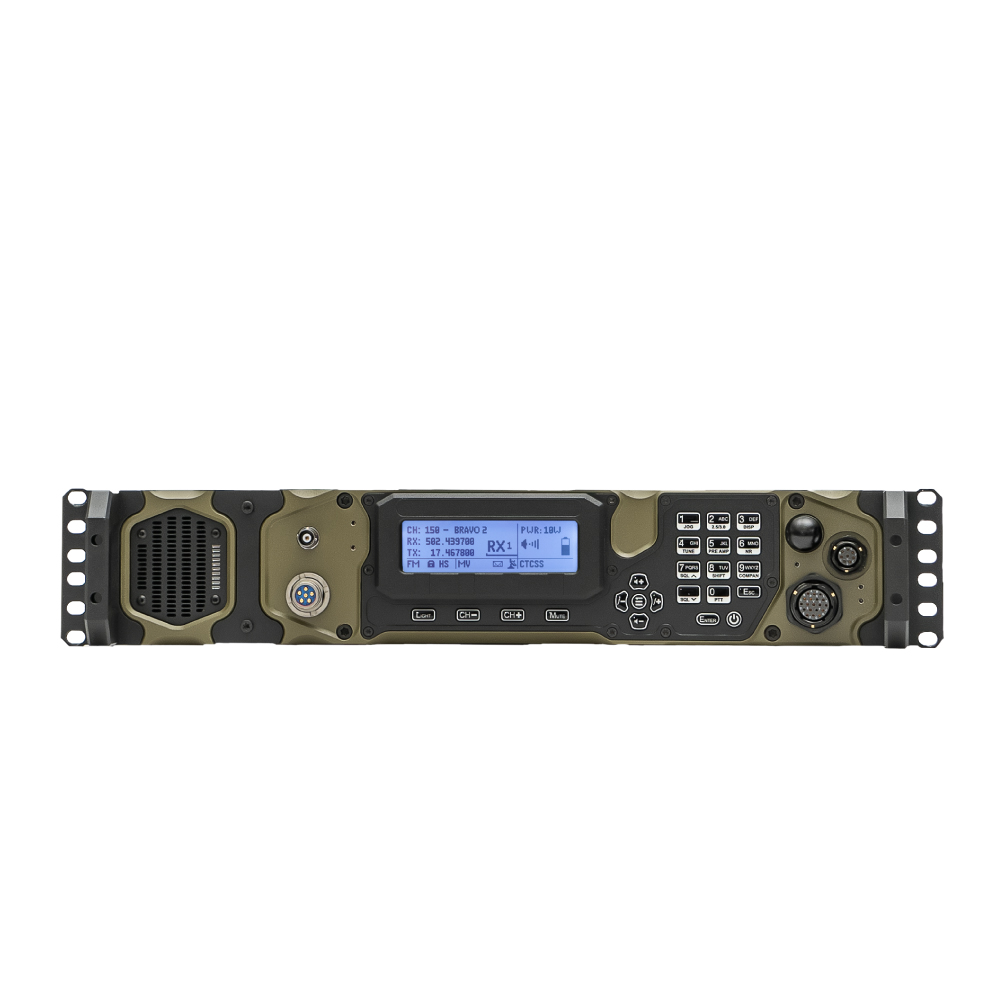 To differentiate between different forces and thus various color finishes, we’ve named them;

The 19″ Rack Mountable Radios has a 150% larger Screen and a much larger keypad compared to the L:eopard1 and Cheetah3 manpack radios.

The control head with the external speaker fits into a  19″ Rack.

A narrower option of 14.5″ mounting in vehicles and aircraft is possible by simply unmounting the external speaker.

The control head includes is a 2-way antenna switch that would switch between the VHF and UHF bands for a typical airband antenna connection.

Most inputs and outputs are routed also to the rear of the control head, thereby cleaning up the look when rack mounted.

The HAWK-1 meets the ICAO specifications in AM Airband communications.

The 19″ Rack Radios, Badger, Hawk, and Shark can be operated from the following:

The HAWK series of radios can include and be 100% compatible with all Sat-Com other Military Radios such as COMSEC, TRANSEC, Data and Situational awareness 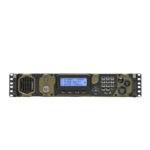 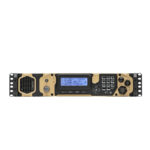 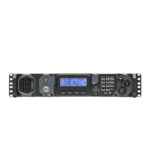 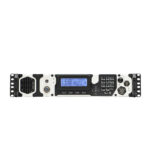 This Product does not currently have any related products.